Living in Northern Sweden
The Good, the Bad and the Ugly

One of my sisters is going to visit us in Sweden for the first time this January. She asked me what to expect so I decide to write this post to her and many others travelling to Sweden, especially the northern parts for the first time. I will share a few tips on what to do in summer, briefly, and then explain why I describe the winter in the north as good, bad and ugly. Stick around and you can find out also how to hack the bad and ugly periods of winter

Each time I read the title of this post, I hear that soundtrack from the Clint Eastwood movie in my ears. Hear that? Those who enjoyed the movie, “The good, the bad and the ugly”, might know which one I mean. One of my sisters is going to visit us in Sweden for the first time this January. She asked me what to expect, so I decided to write this post to her and many others travelling to Sweden, especially the northern parts, for the first time.

Since moving to Sweden six years ago, I have been living in the north of Sweden, referred to in Swedish as Norrland. It is a mystical place. I would describe it as a place of amazing natural beauty and at the same time a place where newcomers might, during some parts of the year, regret why they ever set foot there. Sweden is, historically divided into three main parts, Götaland, Svealand and Norrland. Norrland covers a little over 60 % of Sweden´s total land area, but is the least populated, with a little above 1 million people (2016), compared to the other two areas which have more that 4 million inhabitants each. 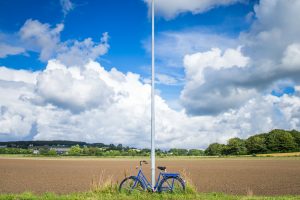 In as much as Africa is not one country, but a continent with many different individual countries and cultures, Norrland cannot at all be generalised. This post will mostly describe a province called Lapland in the north of Norrland and most particularly a city called Lycksele, where I live. This includes also the surrounding areas that share the same climate as Lycksele.

I never forget the day I first set foot in Sweden/Lycksele. It was in December and my wife, who was my fiancé then, and I had decided I would to try visiting the country before deciding to move or not. It was plus 33°C when I left Zimbabwe, when I landed in Lycksele, 18 hours later, it was 18°C minus. It blew me away. 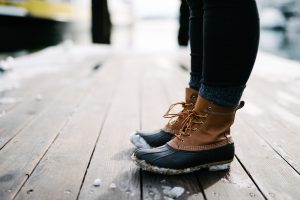 Now, seven years later, I can share with you how I am coping with the climate of the north. I will share a few tips on what to do in summer, briefly, and then explain why I describe the winter in the north as good, bad and ugly.

Stick around and you can find out also how to hack the bad and ugly periods of winter.

So, what is it that a total stranger might want to know about the north of Sweden?

One of the first things I learnt after moving to Sweden is that, to strike a casual conversation with a Swede, the surest place to begin is the weather. For me, the most outstanding feature about northern Sweden is its climate. The northern summers are not as warm as in the southern parts of Sweden, but, for northlanders such as myself, who have moved there, these summers are the shiny pearl in the oyster. Known for the mid-night sun, the days and nights in northern Sweden are bright and pleasant. I find it easy to stay up very late at night and to forget to go to bed, if the clock does not remind me. My in-born habit, is stay awake when it’s light outside and sleep when it’s dark. The summers and winters in northern Sweden redefine that habit. So how does one make it during times when the sun always shines?

Blinds are good to have over your windows, that is how I am able make the room dark enough to sleep during summer.

Another must-have during summer is a reliable clock to help you navigate through the day.

Apart from keeping track of the time of day, there are also a great range of activities to do during summer. In Lycksele, there is the Lycksele Zoo, with a great range of animals found in the north. There is also a nice camping site and water park at Ansia. One of the biggest attractions is Engine Week (Motorveckan). It is a week-long attraction of activities and events related to engines, for all ages, ranging from remote controlled cars, lawnmowers, jet-skis to bulldozers and earth-movers. Motorveckan is a heaven for vintage cars also. Since there are many rivers and lakes in the north in summer, fishing, canoeing or just floating on a raft are great options. Thanks to the “freedom to roam” law, called allemansrätten in Swedish or everyman’s right, summers in the north are even more wonderful. This means one can, bike, walk, camp or explore the large unpopulated forests at will. Each summer we pick blueberries, lingonberries and many others and make jam and juice. Cloudberries are a delicacy that tastes great as ice-cream topping. Picking berries is both a great business and a productive family past-time.

Climate: Winter in Northern Sweden (The good, the bad and the ugly) 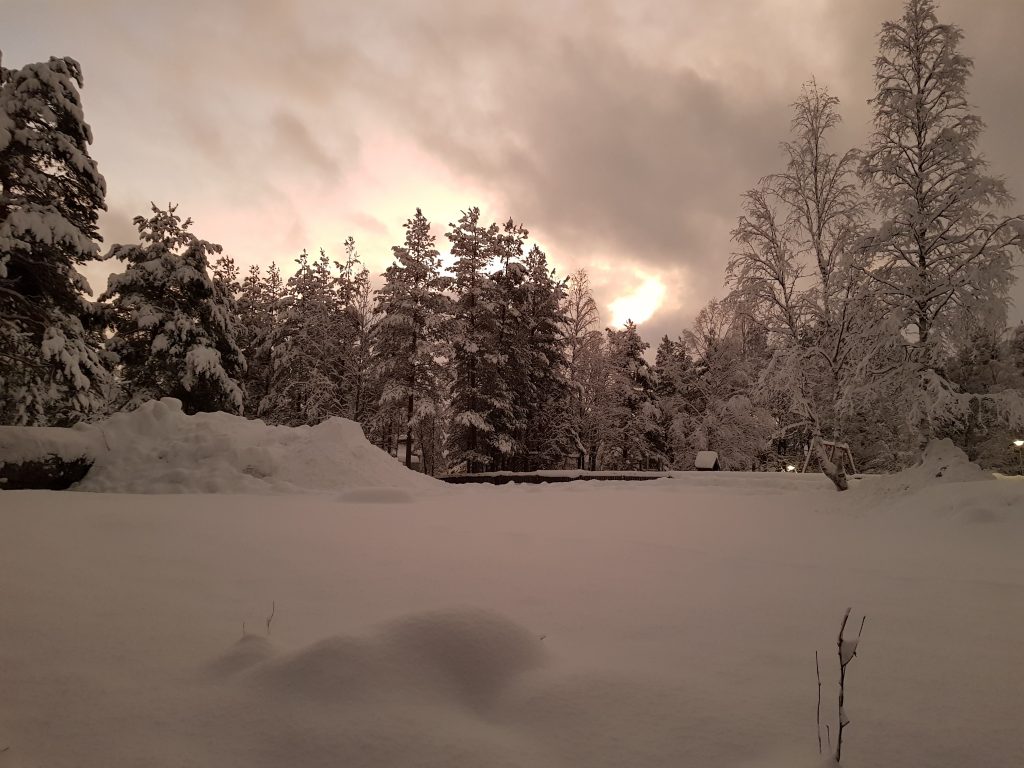 Winters in North Sweden take up almost half of the year, and they can be anything from good, bad or ugly. I was reading a funny book the other day, called “Sweden-The Secret Files” by Colin Moon and he writes, “Swedes survive the winter only by dreaming of what they are going to do on that summer’s day”. Though he is being cynical, I can relate a little to what he is saying. The beginning of winter, as I have experienced it in Lycksele, does make the summer something to really long for.

The best way for me to describe the northern winter is to take it in stages. My experience of these stages has led me to label them as good, bad and ugly, not exactly in that order but you will get my point soon enough.

The first stage begins just as autumn ends. It is still sunny but getting cold and rainy. This goes on until the wind and rain has robbed most trees of their leaves, leaving them looking “bony and skeleton-ish” like stick figures.

From October thereabouts, things get “ugly”. One can start to notice that it´s getting darker and darker earlier and earlier with each passing day. Today, on December 21, as I sit and write this post, it is the darkest day of the year, the sun rose shortly before 9am and started setting a little after 2pm.

In some years during this period, if there is no snow to lighten the view, it is much darker. Having been used to the African sun most of my life, these dark episodes do a lot in causing gloom, tiredness and a heavy sense of being BORED.

So how does one live through this ugly time in the north?

The stage I would describe as bad, is the period when temperatures fluctuate between plus and minus, causing snow to melt and then freeze to ice. It gets even worse when the ice is hidden under a thin layer of snow.  My first few experiences with this icy surface were not pleasant and are unforgettable. I felt like a cartoon character who slips and stops dead-still in mid-air before crushing down, bum first, into the ground. No matter how many times this happened, I have never gotten used to it. Sometimes, I made it without falling to the ground, just managing to grab onto a few ropes of invisible air and putting on a fantastic dance routine and balancing act.

How does one live through the “bad” stage really?

The number one trick is to master a few styles for walking on ice. Examples include:

I will finish off this post by talking about the good part of the winter. This is when the snow is not too heavy. Most municipalities in Northern Sweden are great at dealing with huge loads of snow. They shovel it away with graders as often as needed. While it is unmistakably cold in winter in the north, most indoor public places like bus and train stations, shops and so on, are well heated so that leaves the cold outside. This means if you are dressed properly, you do not get cold, surprisingly enough you may even sweat a lot. Dressing properly is very subjective. For some it means covering everything but the eyes, like a ninja. For others, fingers and hands are not as important and can be left bare. Here is a quick profile of what you can have on and you can adjust this to your preference.

This good part of winter includes also great fun-filled activities you can enjoy while waiting for the summer to come. Skiing, Ice fishing, skating, sliding downhill on a sleigh or a “snow mattress” can be great family fun activities. In the family I married into, winter fun includes sitting in the sauna and later maybe even rolling in the snow dressed in just swim clothes. Riding snow scooters is another option.  This good part of winter stretches right into spring time and you can see beautiful sun shining across snowy landscaped while you sip warm chocolate or coffee as you lay on a warm reindeer skin. Then join me next time as I continue to share more tips and insights about living in Sweden through the eyes of an immigrant.

Feel free to share what your experiences of winter and the climate in Sweden are. You can leave your comments below.