I’m literally writing this from my sick bed (mum-flu) but its too important NOT to write this before it is too late.

On Friday 29th Jan, the first of this year’s english-speaking playgroups took place at Högalid’s Krykan. It’s called Högalid Hedgehogs and it is fantastic. I can safely say that it saved my behind in the dark and lonely first 6 months of having a baby in a foreign city, without many ‘mamma’ friends. 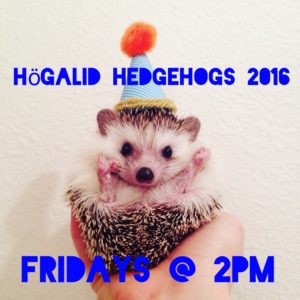 The group has been going for about 10 years and it is run by volunteer Mum’s and Dad’s who pitch in where they can. It’s a goldmine for english-speaking parents who are either new to the city, that and or, who want to keep up their kids english-speaking skills before they head off to Dagis.

The story for most is that they either moved for love or work to Stockholm and subsequently either had children or the children came with them. Some of them are only in Stockholm for a short period of time but are grateful for the sanctuary that the english-speaking playgroup provides. I’m not saying that the local Öppna Förskolan’s aren’t great they are just quite daunting in a second language!

Anyway, if there is anyone out there who doesn’t know what to do with themselves on a Friday afternoon in Stockholm and has kids that need entertaining, Högalid Hedgehogs is for you!

Dooo check it out