Amy moved to Sweden in 2011 after meeting her Swedish husband, randomly, on a night out in Gothenburg. The American native give us a frank account of her life living in the south of Sweden.

Amy Johansson moved to Sweden in 2011. Along with her Swedish husband, that she met, randomly, in Gothenburg whilst on holiday in 2003, Amy picked up her life and young son from the Big Apple and moved to Skåne in the south of Sweden. Now, after 4 initially tough years living in a small seaside town in Skåne, Amy couldn’t imagine life any other way.

Tell me a bit about you and your family? Why did you end up moving to Stockholm/Sweden?

The Swedes call people like me “kärleksinvandrare” ie love immigrants, as my husband is Swedish. Here’s our story in a nutshell, I met my husband whilst on vacation in Sweden in 2003, very randomly–destiny and chance threw us into each other one moonless night in Gothenburg. We married in 2004, he moved to Manhattan where we lived for 7 years and had our first child in 2008. Now, New York City with one child is somewhat doable as 2 middle class professionals but it always felt as though we were treading water economically and emotionally. We wanted to add to our family and, with the cost of childcare, healthcare and housing in the city, we’d have to move out of the city to be able to afford a lifestyle that didn’t feel like too much of a sacrifice. We decided to try living in Sweden in 2011. The first four years of my life in Sweden would best be summed up by a somewhat melancholy film montage, but now everything’s great and we are absolutely living our “Happily ever after”. We really worked and fought for our happily ever after, I must say. 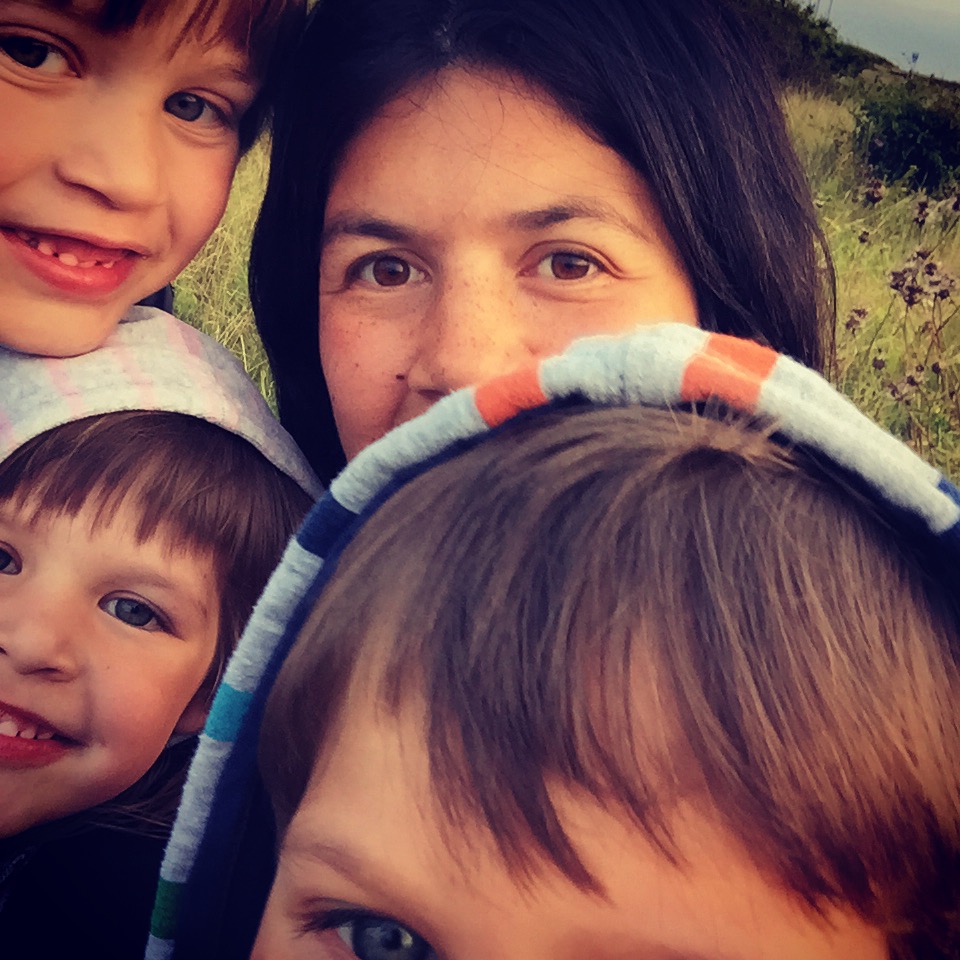 We have 3 children (8 year old son an soon-5-year old boy/girl twins –who were a surprise but that’s another story for another day) and we live in a beautiful house in the coastal countryside of southern Sweden. My husband is an architect and worked at a huge international corporate firm in Manhattan, but in Sweden he has his own thriving little boutique firm (which he can set his hours and cherry-pick his clients). I took a few years off to raise my children, get my Swedish up to professional fluency and to change careers. In Manhattan I worked in public relations for some very diva-esque bigwigs, which I was tiring of, so I went and got my masters in library science and early childhood literacy in 2010.  In Sweden, I work as a librarian and teacher. And, I absolutely love my new career. I am humbled every single day and I am learning and growing so much.

What do you love about living in Sweden?

For starters, I don’t live in Stockholm, or anywhere near it. I live in Höganäs Skåne, which is about 6 hours south of 08 (that’s what y’all are called down here by the way noll-åttor, usually accompanied by an expletive haha). Skåningar can be fiercely protective of our little coastal “Brigadoon”, which is invaded during the summer by marauding bands of noll-åttor who own summer homes in our area.

I’m sure you’ll hear all the generic I-LOVE-SWEDEN responses (all of which I concur with wholeheartedly) such as favorable family-work balance, decent state-sponsored healthcare/free healthcare for children, outdoors lifestyle, parental leave, gender equality, more democratic playing field economically etc. I will say that for myself and for my family we are living a lifestyle here that we never would have had a shot of achieving in the United States.

To be able to afford the gentle, beautiful life we have here in Sweden – huge cool house on the sea in a nice neighborhood, kids in a fantastic little countryside school (10 kids per class, outside in the forest every day), satisfying, well-paid, no-commute jobs with gentle kid-friendly hours, lots of vacation time, money left over for fun – we’d have had to work punishing corporate hours and commute into the city. So, none of the social, family-oriented perks would have never been possible. The only people I know of in the US who live the kind of life we have now are my “happily-married-single-mom” friends who have hedge-fund or investment banker partners whom they rarely get to spend time with. Here in Sweden, I feel as though we have it all. Sounds smug and obnoxious, but it’s true. Besides there have been lots of sacrifices and sadness. But I’ll get to that later.

Apart from friends and family, what is it that you miss most about your home country and why?

I miss a lot, believe it or not. You’d think the current state of affairs in the States would make me think otherwise, but I miss so much. Here’s a list:

Ethnic and idea diversity, for real.

English; while I can speak Swedish fluently, it doesn’t have the same, breadth, depth, history and nuances of my native tongue. I feel somewhat numb & functional when I speak it. Although living in the southern part of Sweden, I do get to speak Skånska, which is considerably more colorful and honkeytonk than Received Pronunciation Swedish.

It’s going to sound weird, but I miss the seamless invisibility of my life in America. I liked being able to slip around unnoticed, hidden in plain sight, not interesting enough to be analysed. Here, I sometimes feel like a specimen to be examined, questioned and scrutinised. I’ve always hated being in the spotlight and preferred to be behind-the-scenes. Here, a lot of people find me interesting and fascinating because I’m not from here and I guess I do things differently. I’m very uncomfortable with this, when people stare at what I’m eating or wearing or how I pronounce a word etc. I’m not often asked if this is an American thing, or is this an Amy thing. I don’t like being the designated representative of my homeland. Because I’m hardly a poster girl for ‘Americana’. This is one reason I love teaching so much. The kids don’t treat me any differently than the other Swedish teachers. The only thing that sets me apart from the others is that I speak kickass American English when prompted, which they think is cool.

What has been the most challenging thing about moving and settling in Stockholm/Sweden?

Starting over from scratch. It’s a blessing and a curse.

Have there been any aspects of your move to Stockholm/Sweden that have been surprisingly easy?

I have much much better gender self-esteem in Sweden. And, weirdly, I find that I actually do jive better with many typically Swedish values than American ones. Mostly the ones having to do with access and equality. I’m much less meritocratic than I had previously believed. I’m more of a human-cratic.

What is your favourite thing to do as a family in Sweden?

We do so many fun weekend adventures as a family. There’s SO MUCH to explore in southern Sweden and just over the border in Denmark. And, so much is accessible and open to the public in this country – castles, forests, nature reserves, museums, hiking trails, botanical gardens. We love just going someplace new and letting the kids explore and have a picnic or go for fika.

Where is your favourite place to go as a family in Sweden?

Kullabygden and the Kullahalvön (our local region) is truly magical. It’s a real “Brigadoon”–a veritable Mary Poppins bottomless bag of endless nature, kind people, charming restaurants and cafes. Ever since we bought our house here in 2015, I find it hard to leave.

What place in Sweden are you really looking forward to explore with your family?

The High Coast (Högakusten) and Abisko national park. I’d really like to explore Norrland and Lapland, see the northern lights.

What do you wish Sweden had more of?

If there was one thing you and your family could bring from your home country what would it be?

If you had the option right now would you go back to your home country or continue to live in Sweden and raise your family here?

If you had one piece of advice for a family moving to Stockholm/Sweden what would it be?

Just roll with it, let go and try not to compare life in Sweden with your home country. It’s apples and oranges. Unless your home country is Norway or Denmark. In that case, it’s like oranges and um satsumas or clementines, I guess haha.

Any other pearls of wisdom about life in Stockholm with kids?

Too many, but you’ll have to wait for the memoir.