Easter in Sweden: the history, traditions and heritage of påsk.

Påsk (Easter) in Sweden is like anywhere else in the world: eggs, spring chickens, floppy-eared bunnies, and daffodils! There are a couple of strange additions though… 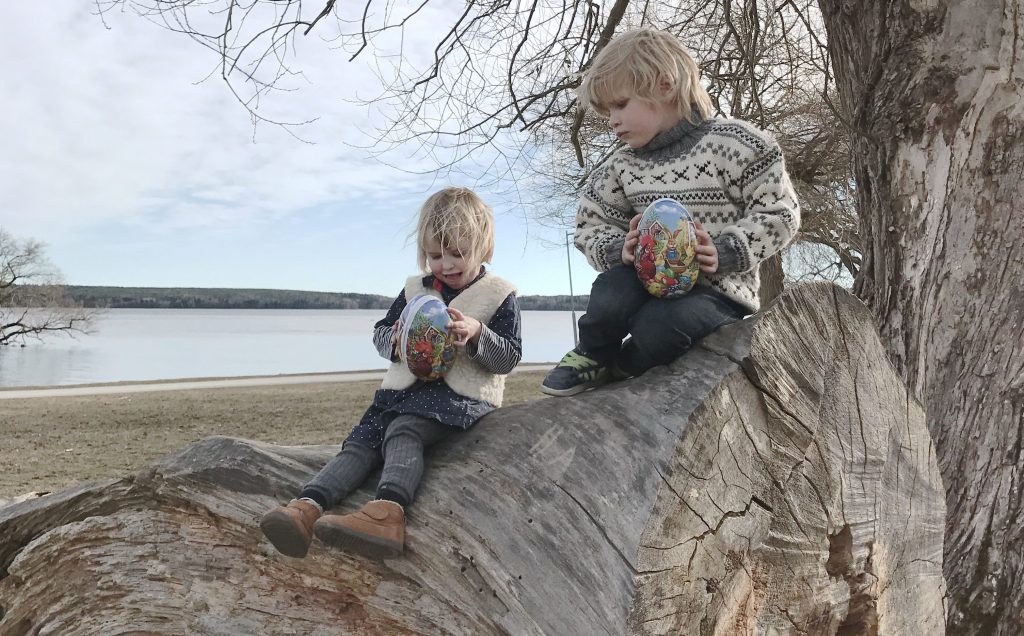 The word “påsk” comes from the Hebrew word “pesah”, meaning passing. Traditionally in Sweden the start of påsk is celebrated  by painting eggs and children dressing up as Easter witches (påskkärring) and going from door-to- door collecting candy (Halloween, no?). This tradition is a mixture of old pagan and orthodox traditions dating back to 1500’s. It was thought that witches flew over Sweden on Maundy Thursday (skärtorsdagen), and gathered on a mountain called Blåkulla to party with the devil.

Another spring festivity, Walpurgis (Valborg), 30th April, signifies the start of true spring and is traditionally met with bonfires and community spring-cleans. Cleaning out the old and singing in the new around. Many Swedes head off to their summer cottages for the first time since closing up at winter to prepare for the spring and summer ahead.

Påskris are similar to the traditional Easter tree and is often decorated with small ornaments or hand-painted blown eggs. The direct translation of “påskris” is actually Easter rice and is a throw back to the 1600’s tradition of “fastlagsris”. Fastlagsris were sticks used by the patriarch of the family on Shrove Tuesday and Good Friday to whip family members, to remind them of the suffering of Christ. The puritanical traditions of the 1600’s gave way to the more playful traditions in 1700’s. Children would decorate sticks with coloured rice, ribbons, and paper flowers. It wasn’t until the mid-1800’s that the colourful sticks would evolve into today’s påskris, the feathered sticks.

The modern påskris has meshed with the American tradition of the Easter tree. The modern Swedish Easter table is filled with beautifully crafted Easter trees, påskris, påskgodis, and finely decorated paper eggs. 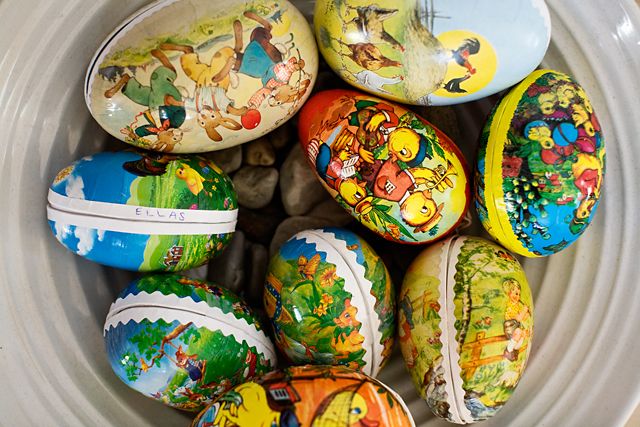 Like any Swedish holiday or “fest”, food and drink plays a BIG part in the celebrations. Sill (pickled herring) is the food of choice, and ask any Swede what Easter means and they’re bound to say “Sill och nubbe”. Nubbe are small bottles of snaps/aquavit/fire-water which most Swedes bring with them to any fest, like a travelling mini-bar.

So, if you are invited to a “påskbord”, be prepared for the traditional ‘helan går’ around the table and buffet style sharing of food.

Historically, påsk isn’t about Easter egg hunts, Easter bonnet competitions, and egg rolling in Sweden. For Swedish children, it’s more about dressing up as påskhäxa/påskkärring in Grandma’s old apron and headscarf, decorating påskris and painting eggs, and preparing the decorations for the påskbordet. And, of course most importantly, eating all the godis inside their påskägg.

It is quite easy to find hollow chocolate eggs in Sweden. Although not traditional, they are becoming more common. In Sweden, påskäggs are usually beautifully decorated, papier-mâché, and hollow. You fill each egg to the brim with candy and other sweet treats, and give them to loved ones.

In more recent years, Easter egg hunts or “påskjakt” events have also become more popular, a western influence, and are usually arranged by kommuns and municipalities.