Being a buggy bandit in Stockholm

We were in Uppsala visiting Farmor and Farfar this weekend and we took the train to get there. I’m not normally one to get frustrated (ha!) but for some reason this really really annoyed me…the so called, pram friendly carriage on SJ trains 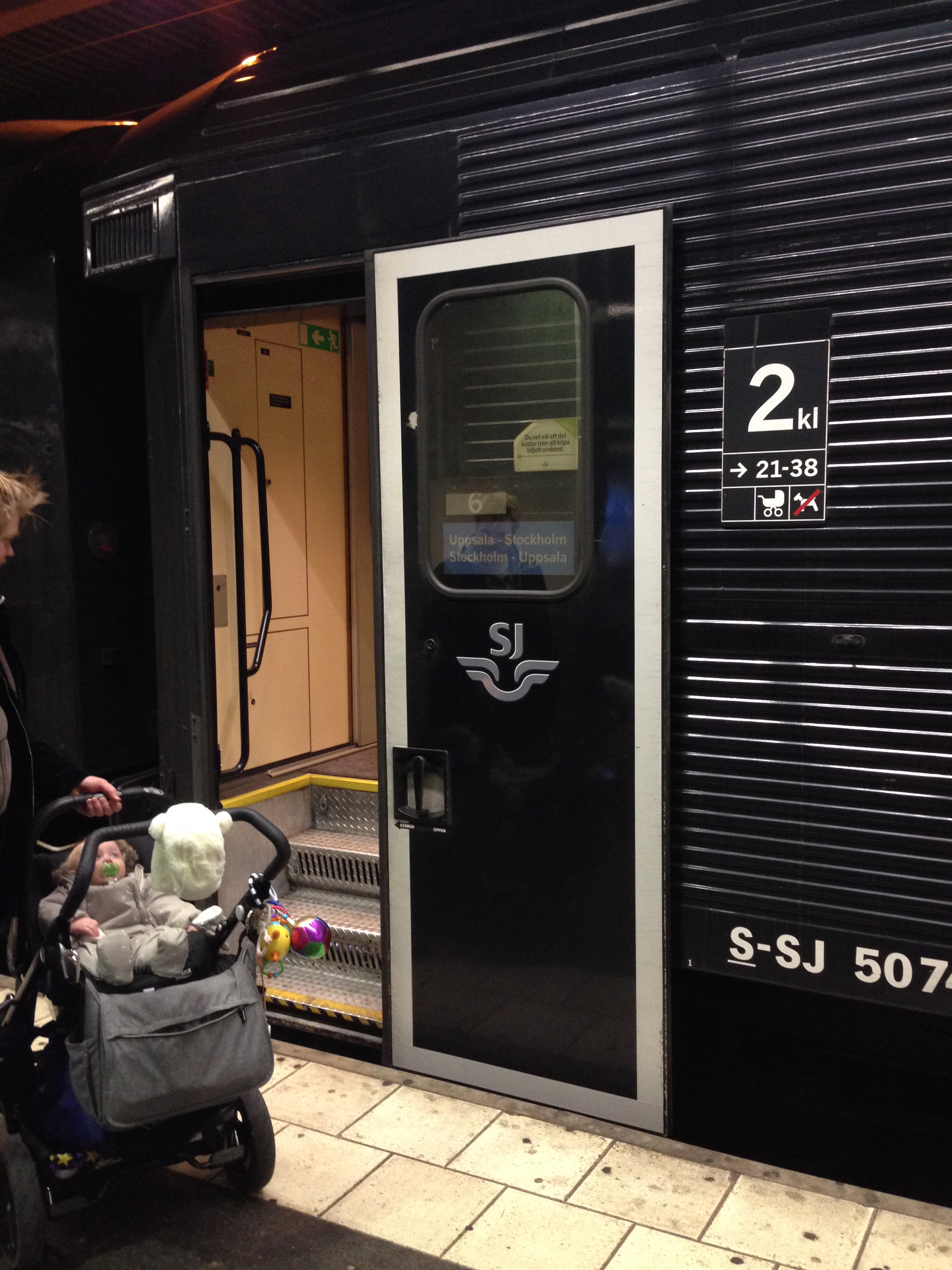 Whaaaaaaat?? Luckily OH was there to help out and get LB and the buggy on board but seriously after the three really steep steps you see in the picture is an L-shaped corridor the width of a small coffee table and some seriously sharp right angles! There is no way someone could negotiate that on their own…so it got me thinking. What other public transport options are there available to ‘buggy bandits’ who don’t travel by car outside of Stockholm.

There are two trains traveling out of Stockholm to the surrounding area…SL (Stockholms Lokaltrafik) commuter trains and SJ (Statens Järnväger) passenger train. The difference between them is that SL trains stop at every nook and cranny on the way too and from Stockholm Central and SJ trains are slightly more direct and cover a wider area of the country. In terms of travelling with buggies and children there are pros and cons to using either but for ease of use SL commuter trains are way more buggy friendly but it does cost slightly more than the SJ trains and takes a little longer to get Uppsala, for example. Con to travelling with SL is that there are no changing facilities on board (yes, I have changed a diaper on the floor of one of the SL trains, I was desperate) and there are no specific buggy carriages, unlike SJ trains which have both facilities.

The blue SL buses in the city centre are buggy friendly to the extent they have 2-3 buggy/wheel-chair spaces. Bear in mind, wheel-chairs take priority over buggies so don’t be freaked out if you get the stink eye for not complying. There is also a nifty little trick when you are travelling with the bus, if you are on your own with a buggy you don’t have to tap in with your access card because that would mean leaving the buggy and child to go to the front of the bus. This only applies to buses that are NOT bendy. Bendy buses have a secondary tapping point in the middle of the bus. TIPS!

Prams on Trams, Metro and Ferries in Stockholm

All other public transport is pretty self explanatory and easy to use when travelling with a buggy/pram and is far more pram-friendly than the likes of London or Paris transport systems. Just remember to add about 10 minutes to every journey to factor in Lift time…the time it takes you to call lifts, wait on them and then fight over who gets in first (!)